Home » »Unlabelled » Stuck on Toilet 'Cause Toilet's Stuck On You

Stuck on Toilet 'Cause Toilet's Stuck On You 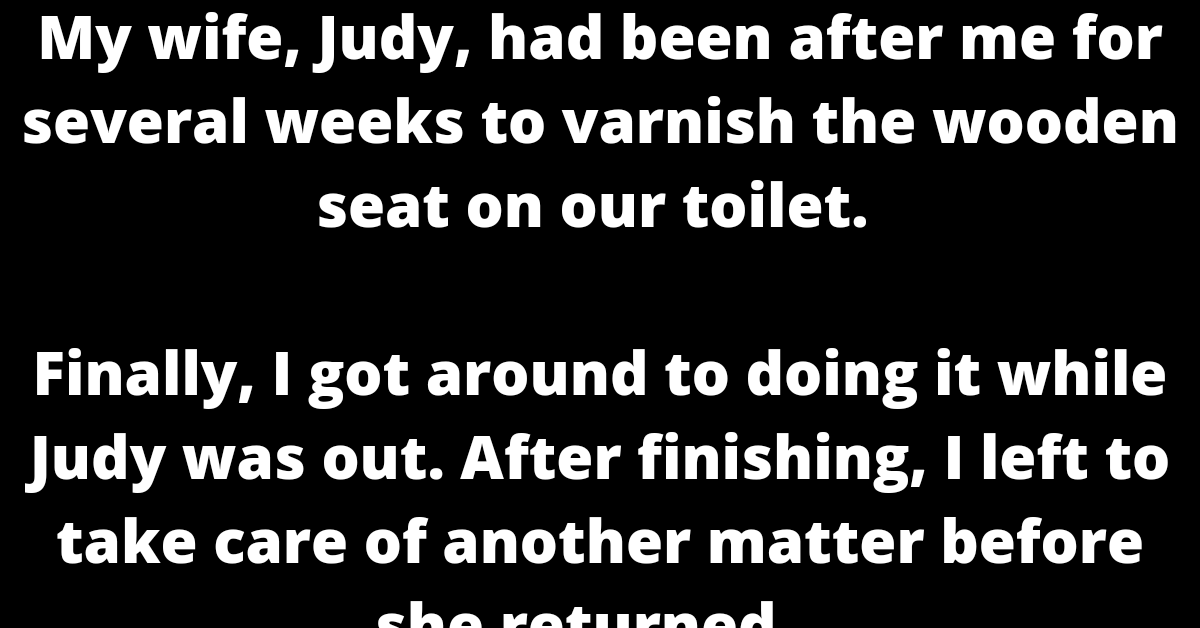 My wife, Judy, had been after me for several weeks to varnish the wooden seat on our toilet.

Finally, I got around to doing it while Judy was out. After finishing, I left to take care of another matter before she returned.

She came home and undressed to take a shower. Before getting in the shower, she sat on the toilet. As she tried to stand up, she realized that the not-quite-dry  epoxy paint had glued her to the toilet seat.

About that time, I got home and realized her predicament. We both pushed and pulled without any success whatsoever. Finally, in desperation, I undid the toilet seat bolts.

Judy wrapped a sheet around herself and I drove her to the hospital emergency room.

The ER Doctor got her into a position where he could study how to free her (Try to get a mental picture of this.)

Judy tried to lighten the embarrassment of it all by saying, "Well, Doctor, I'll bet you've never seen anything like this before."

The Doctor replied, "Actually, I've seen lots of them I just never saw one mounted and framed."